Against My Maternal Instinct

We quickly hugged and kissed on a narrow sidewalk alongside a busy street in Cusco, Peru. There was only a moment to bid farewell to our 20-year-old daughter Julianna, who is spending 4 months in South America. We savored our last day together with a leisurely hike to an Incan site followed by a long lunch. Then all of a sudden, our precious week together was over, and it was time to say goodbye. All at once, as we kissed and hugged, Brian and I were rushed into an airport taxi and my baby girl, with a large backpack and all, ducked into a small taxi.

My heart sank as our taxis drove away in opposite directions. Feeling as though she had been ripped from my arms, large tears rolled down my cheeks. What had just occurred felt unnatural to me, and it seemed to go against my every maternal instinct.

You see, Julianna wasn’t going back to a cozy home with a host family. She wasn’t studying abroad and staying in a dorm with college friends. My baby girl was headed to an unknown hostel in a foreign land—alone. Granted she had met up with some friends who were living in Cusco for a few weeks, but in this mother’s eyes, she was alone. It’s the “alone” part that kept tugging at my heartstrings that had me in tears. 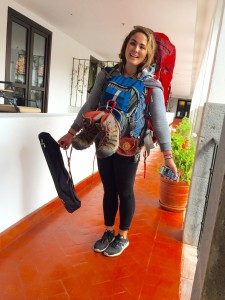 “This is what she wants,” I repeated as we boarded the flight from Cusco to Lima. It’s the idea she approached us with last winter. It’s what she documented in a thorough PowerPoint presentation to us last spring. She wanted to go to South America—“not to study, but to learn.” She wanted to learn about herself and to learn about the world. She had planned it all out. In the beginning of her trip, she’d get direct work experience with a socially innovative company located on the border of the Ecuadorian Rainforest. At the end of her trip, she’d work on a sustainable farm on the eastern coast of Costa Rica. In the middle, she would travel—alone—exploring South America while meeting new travel buddies along the way.

It’s that “alone” part that is tearing this mother apart.

I respect Julianna’s desire to be independent. She’s a chip off the old block when it comes to doing things “her own way.” But I’m a mother—her mother— who is striving to be modern. Nonetheless, I’m a mother who cannot cut off my natural maternal instincts to protect and nurture my young ones.

As the plane took off from Lima, I felt the pit in my stomach grow larger. What was I doing? I was leaving my child unprotected in the big world.

As the plane continued to soar higher and higher into the clouds, every cell in my body wanted to turn around, pick her up, and bring her home. My natural instinct was to return her to the nest—my nest. I quickly realized that my nest no longer serves her. As much as I’d like to think otherwise, the world is her home now. I know I will always instinctively want to nurture and protect her. That is my natural maternal instinct, and it’s not going to go away, no matter how old she gets.

And so I did what every mother must eventually do. I let go. As my plane flew away from South America, the tears flowed once again. The gnawing feeling in my stomach returned knowing that my baby girl was alone in a foreign land. I went against every maternal instinct I have and acknowledged I had to let her go.

I had to let her spread her wings and fly on her own. 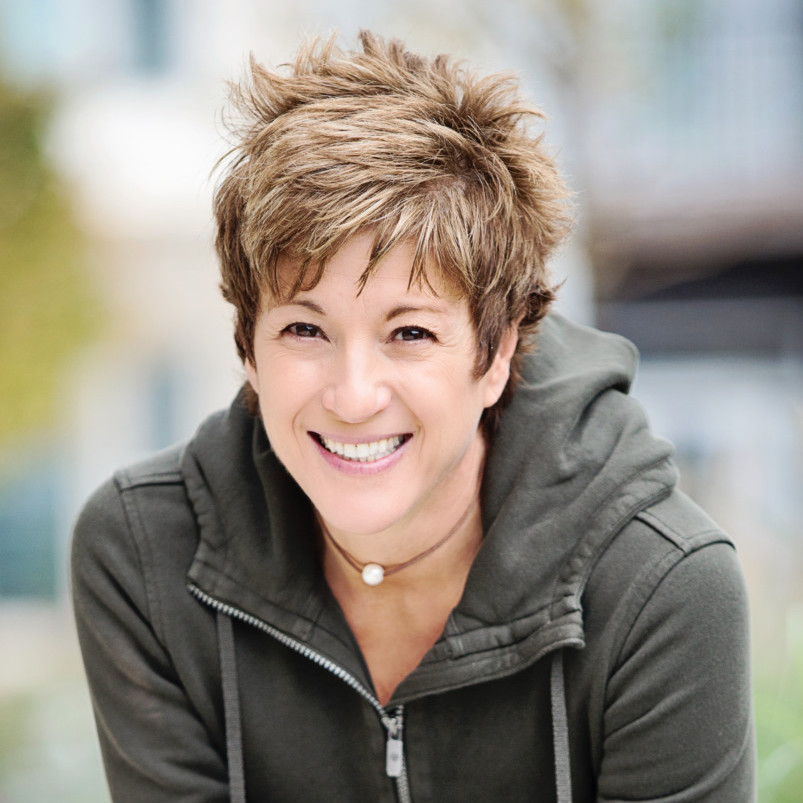 Cara Bradley is a former pro skater and currently a world renown motivational speaker. Cara works with busy people just like you to work and play in FLOW so that they can achieve their peak performance.

Get Your Weekly Dose of Flow

Are You Paying Attention To Your Greatest Asset?

3 Ways To Slow Down Time

Are You Missing Peak Experiences in Your Life?

How To Slow Down & Stay Present—Even Under Major Stress

Wellness Mini-Wins: You Don’t Need An Hour a Day